The Ferrari 400 Superamerica is a sports car manufactured by the Italian manufacturer Ferrari from 1959 to 1964 in two series.

The 400 Superamerica, which was presented at the carsalon brussels in January 1960 (preceded by the presentation of a prototype in autumn 1959), shared a similar name with the predecessor Ferrari 410 Superamerica, but was a comprehensive new development. The four-lobes (type 163, bore x stroke: 77 x 71 mm), equipped with three Weber 42DCW carburettors, produced a displacement of 3967 cm³ 250 kW (340 hp) at 7000 rpm. Series was a four-speed gearbox with overdrive.

The 400 Superamerica was one of the models built in response to increased customer requirements: a large V12 engine with a 4-liter displacement, enormous power and great torque, simple yet luxurious interior, firm chassis that does not compromise comfort as well as a transmission with high speed. Pininfarina was responsible for car body design. 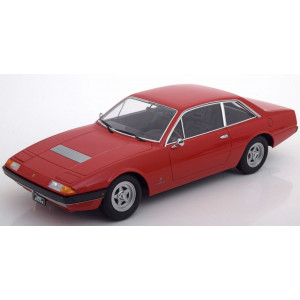